A list of purchased Chinese mobile game companies was released by GPC today, along with their purchasers, purchase prices (left) and promised revenues (right) in 2015 and 2016.

The article from GPC says there are more than 15,000 mobile game companies in China at present, but success rate of mobile games has dropped to as low as 0.1%. 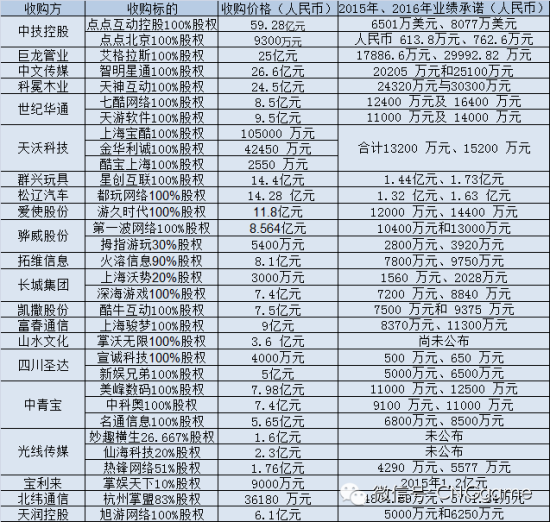