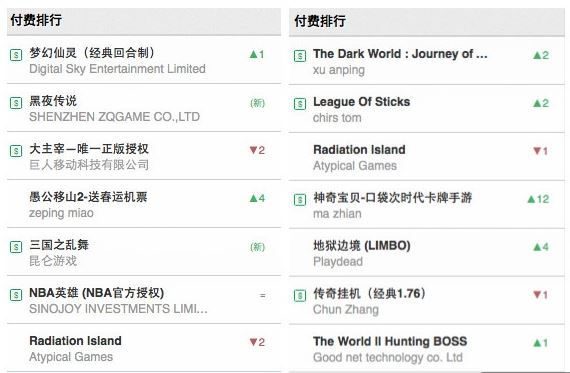 Apple has just launched again a new round of action against “list brushing” (a method commonly used in China to cheat App Store for high rankings); as a result, a lot of high-ranking Chinese paid games disappeared from the lists, including products from famous Chinese game companies like Digital Sky (数字天空), ZQGame (中青宝), Giant Interactive (巨人网络) and Kalends (昆仑游戏).

According to Chuapp, these games all feature made-in-China, one-yuan price and high-ranking in the Paid List.

Meanwhile, App Store also launched new discounts – ‘Pay Once and Play’ games for many paid games, but not one Chinese game is included even in the China zone of the store.