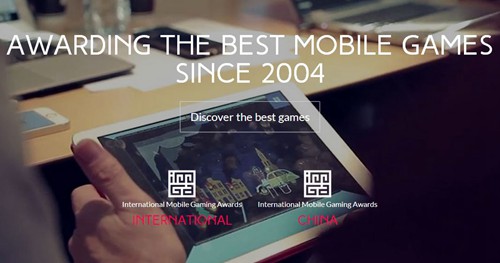 International Mobile Gaming Awards (IMGA) is now preparing for its debut in China, to find some best games in one of the largest mobile games markets in the world, and China will be the first station for IMGA’s entering Asia.

IMGA’s founder Maarten Noyons told CMGM that he is a fan of Chinese games and he is very interested in oriental culture. He said Chinese mobile game market is exploding and he expects to let more people over the world to know about Chinese games and Chinese culture.

English versions of Chinese games will compete with international studios for IMGA International Awards, and have the opportunities to cooperate with overseas companies including King, Supercell and Rovio.

Developers can submit applications before October, and the awarding ceremony will be held in Shenzhen in November.