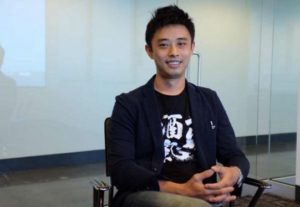 NetEase announced on 25th February 2015 the official opening of the North American Office located in California and that its emphasis of game development would shift to mobile platform and players in Europe and America. Lunar Flowers, the overseas version of “花语月“, was launched last year and received recommendations from App Stores in 122 countries as well as fairly good market response.

In a recent interview with ChuApp, Mr. Huang Zhuo, general manager of Net Ease North America Office, said that North American Office would focus on secondary development, “it is a hard task to export excellent Chinese games overseas”.  He considered that the biggest difference between Chinese and North American players lied in that the latter preferred to explore every playing method and every system on their own.

When does NetEase start to plan the distribution in North America and what is the consideration behind this decision?

Huang: From 2014, NetEase started to plan the layout in North American market. Having made some achievements in Chinese market, we naturally want to bring first-class products to the overseas market, or develop some quality products targeting on overseas users and satisfying their demands.

Could you please make a brief introduction on the department structure and business composition of North American Office?

It was reported that NetEase North American Office undertakes two tasks, “introducing excellent games from Europe and America to China” and “exporting NetEase games to Europe and America”.  Is there any particular order of significance with respect to these two tasks?

Huang: Yes, we are engaged in both. But for North America Office, it is more important to output our games overseas.

However, it is much more demanding to distribute Chinese excellent games to the overseas market. All the well-practiced, successful cases we have seen are distributing foreign games in China. But cases in the reversed direction are rare, which demonstrates that the overseas market has uniqueness. This is why we set an office abroad. We hope that, with the help of local talents, we can make deeper insights on local users, making sure that our products can fit into markets abroad.

The official reports said “in NetEase North American Office, Chinese staff take charge of research and development while overseas staff are responsible for promotion and operation”. What of the cooperation between all departments within the company?  Are Chinese employees transferred from China proper?

Huang: Same with NetEase philosophy, the North American Office has a diverse and open atmosphere. Our employees are from both China and overseas. On selection, we follow the principle of “letting the right people do the right thing”. For example, we will assign more local employees in target countries to Marketing Department and in charge of product planning, since they have better understanding of the users here. China is leading the world in terms of technology research and development, so it is an advantage to employ more Chinese talents in this part.

Does North America Office undertake developing work, including developing from the scratch or secondary localization development?
Huang: At present, product development at North American Office are mainly secondary development, which explains why people say that NetEase should take advantage of the experience accumulated and scale of the company. Developing from the scratch is a waste of our experience accumulated. Our excellent teams in China have developed the products to a relatively complete stage, in terms of both playing method and design. We will make secondary development on these products according to the local culture, user habit and demand of the playing method.

In your opinion, what are the characteristics of North American gamers? What is the biggest difference between them and Chinese players? Will you say the player in North America are more mature than Chinese players?
Huang: For North American gamers, their pursuit for the sense of identification and immersion is more intense. Thanks to the game environment in the past, most of North American players have received an edifying influence from console game, which is a big difference from Chinese players.
In addition, players in North America attach more importance to exploration, which is another obvious difference in detail. For example, there is plenty of newbie guidance in Chinese games, because players expect the system to tell them what to do next. But in Europe and America, players have more desire to explore every playing method and every system on their own.

In your opinion, is there any difference in distribution and marketing promotion between North America and China, since there are many powerful social network companies and advertisement companies? If so, which aspects do you think reflect the biggest difference?

Huang: Yes, there are huge media difference in these two places. China has many small and medium-sized channels and platforms, while giants of online platforms like Facebook, Twitter and Instagram almost monopolize all of users’ social channels. Furthermore, these long-established platforms abound with operational and managerial experience, so the user data and management method are mature, which is a help for us to make more effective advertisement targeting on these platforms.

Therefore, we will focus on these channels and platforms when launching overseas distribution, because social media is a vital part of marketing. Players prefer to know a product from other people but not from companies, making social platforms extremely important.

In 2015, NetEase game gained great achievements in China. Could you please share with us the development objective of NetEase in overseas businesses in 2016?

Huang: The planning on overseas businesses started two years ago, so we will launch many products successively this year overseas and these products are designed for global from the beginning. This is totally different from previous homemade games launched overseas with only superficial changes. The initial design of these games are based on overseas market, from the earliest game culture, character design to playing method design, so we have great hopes for them. These products will go online in the second half of 2016 one after another.

Posted in cmgmnews Tagged with: export of Chinese games, Netease