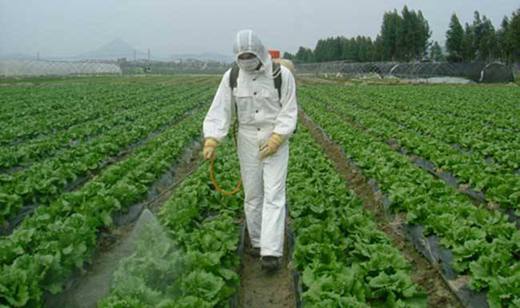 The General Office of the Ministry of Agriculture and Rural Affairs of China recently released “Essentials for Pesticide Management in 2020”, which puts forward higher requirements for the management of the pesticide industry.

The essentials include: improve the pesticide registration management system; encourage Chinese pesticide enterprises to merge and reorganize, and withdraw from a group of small competitive small pesticide companies; promote the elimination of highly toxic pesticides; and formulate the development of the pesticide industry during the “14th Five-Year Plan” period.

China’s environmental protection and safety standards have been greatly improved, industry policies have been tightened, and the prices of pesticide intermediates and crude drugs have fluctuated sharply in the past few years, which has greatly affected the pesticide industry.

The price of pesticides in China has dropped due to the sluggish demand and increasing supplies, and the pattern of different pesticide products has diverged.

The bottoming of food prices and extreme weather in major food-growing areas have affected the demand for pesticides in China. At the same time, due to the resumption of production of some Chinese enterprises and the transfer of production capacity to the central and western areas of China, the new supply of pesticides has gradually increased.

Pesticide prices have been under pressure since the beginning of 2019. The price index of the original drug has fallen to a low in the past two years at the end of 2019. However, under the support of factors such as a marked improvement in the supply pattern of the pesticide industry compared to 2017 and increased costs such as environmental protection, the price of pesticides has moved up systematically compared to years before 2017.

The capital expenditures of listed companies in China’s pesticide industry are concentrated to the leading companies, and the projects under construction have reached a peak of nearly 10 years, and the bigger gets bigger.

According to the calculation of 22 sample pesticide listed companies, the top 10% of companies with a market value of construction in progress accounted for 26% of the total construction in Q3 of 2014 to 40% in Q3 of 2019. The gaps among pesticide companies in cost control, product layout, technical strength, and integrated layout have also expanded significantly.

Although pesticide export volume has declined in recent years, China is still the world’s major producer and exporter of pesticide raw materials. The terminal sales scale of the global agrochemical market has maintained above USD 50 billion.

At the same time, pesticides, as an indispensable input of agricultural resources, have relatively rigid demand, which has better supported the overall demand of the domestic pesticide industry. Affected by many factors such as process barriers, supply and demand patterns, and trade patterns, the mid- and long-term trend of some pesticide varieties is still improving.

Pesticide companies with good product tracks, leading integration, park-based, sophisticated operations, and sustainable growth are expected to accelerate. An important feature of the international agrochemical giants is the high degree of integration in which the industrial chain extends to the upstream and downstream, with a wealth of product categories; Chinese chemical companies are required to “retreat from the city and enter the parks” in all parts of the country, and the future development of pesticide-based enterprises in the industrial parks are committed to being guaranteed.

And “the lean management of the entire process from processing to end consumption, improving resource utilization efficiency, achieving safe production, low-carbon green development, and achieving cleanliness and efficiency” are expected to be the directions for the development of China’s domestic pesticide industry.

Chinese pesticide companies are expected to build new projects and make mergers and acquisitions, so that the industrial concentration of the pesticide industry could further increase.